Uncover Your Genius - Part 1: Turn Your Knowledge into Multiple Streams of Income 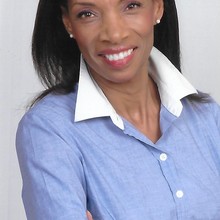 Roz Miller Choice is an award winning Journalist and the author of five books.

She reported on stories across the country for CNN, FOX-TV and WCBS-TV. As a Reporter and Producer, Roz was on location, with her TV crew, at natural disasters, crime scenes, riots and protests. Her news reports have also been seen on NBC-TV, MY 9 TV and New Jersey Network Television.

She has interviewed Heads of States, entertainment celebrities and newsmakers.

Roz also has an extensive background in the Publicity and Public Relations field. She has consulted as a Publicist for corporations, small business, entrepreneurs, artists and not-for-profits.

She has 30 years of experience and has been nominated for an Emmy Award and has been honored by American Women in Radio and TV, among many other notable organizations.

In addition she has been a guest speaker at the United Nations and at universities in Latin America. She has traveled worldwide and had extended stays in Mexico and Europe. She recently completed a 5 month sabbatical in the South of France.